Beating back inflation, but at what cost?

Joe Davis, Vanguard’s global chief economist, gives a high-level overview of where the economy and markets are likely headed in 2023. Inflation is abating, thanks in part to central banks’ aggressive actions, but it may come at a cost, with recession likely in most developed markets. But it may not be all bad news for the financial markets. 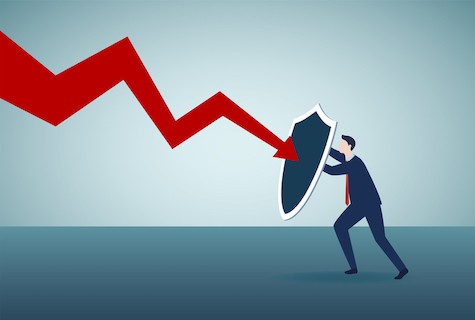 Vanguard economic and market outlook for 2023: Beating back inflation

Some of this scenario was priced by the financial markets. Nevertheless, we may see some volatility in the months ahead. Now we've all been contending with almost generational high inflation, which, of course, has been a reflection of both tight supply—commodity markets and otherwise—as well as very strong labour demand.

Now, we see inflation peaking as we speak, which is a clear positive for consumers and households. But as I mentioned, this further disinflation will come at a cost of some demand destruction. For no other reason, central banks have to continue to weaken some of the labour demand which is leading to higher wage growth and is one of the reasons why now we're starting to see a broadening in inflation pressures.

When would a recession occur?

As we all know, no recession is pleasant, and our recession baseline is not guaranteed. And they are certainly tough to forecast in advance, but that is our forecast, for no other reason than a soft landing, in our judgment, is unlikely since a further slowdown in the labour market is needed and wage growth, quite frankly, has to come down if we are going to achieve price stability in the long run.

When would this recession potentially occur? By our best estimate, it's roughly in the middle of 2023. Now that timing will vary by market and economy. The biggest reason why we have that as the start in the United States is by that time the federal funds rate, the rate that the Federal Reserve targets, will at that point start to become above the rate of core inflation. And it's those conditions that really define restrictive territory of monetary policy, and in every recession since World War II, that Fed funds rate has exceeded the rate of inflation. That's good to bring inflation down, but it tends to come at a cost of a weaker labour market.

Our outlook for fixed income

In the bond market, bond yields could rise somewhat further. But given our outlook for central banks and how high they may take interest rates, the inversion of yield curves around the world, it's more likely than not that we will see a peaking in government bond interest rates over the course of 2023.

Our outlook for equities

We know in the United States, some of that froth that we were concerned about, that has been eliminated or is being eliminated. Areas such as technology and overvalued growth stocks, we've seen a significant underperformance from them over the course of 2022.

Now currently the U.S. equity market, it’s near fair value range. It means that losses could continue. But the further any losses in the near term, more likely our long-term return projections would improve.

A reason for optimism

History clearly shows one thing, and that is that financial markets turn up before the economy does. And I like to say that with a bit of good fortune, by this time next year, the economic outlook should be a better one. And if I'm right, the financial markets will lead the way.